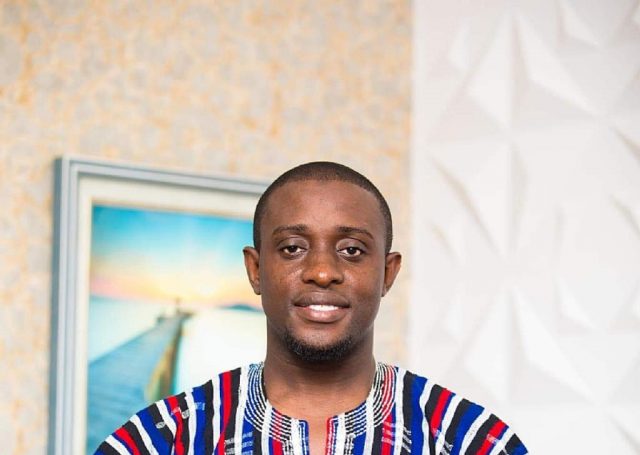 Manaf Ibrahim, a former Director of Political Affairs at the Presidency is likely to contest in the forthcoming Parliamentary elections as an Independent Candidate, a post on his official Facebook page subtly discloses.

This is due to the popular acclamation of Hon. Alidu Seidu, the Municipal Chief Executive of Asokore Mampong as the 2020 Parliamentary Candidate of the New Patriotic Party (NPP) after he was exempted from contesting in the primaries by what the party said was an “executive resolution”.

“Nothing can stop a change whose time has come.

The forthcoming elections is bound to throw up some difficulties, which we must & will overcome If God wills. We are hoping that, the competition will be conducted in a way that will facilitate reconciliation amongst us(competitors) and our supporters, thereby reinforcing the unity of our dear constituency.

The message of hope, change & opportunity has gone down well with my people. They have grown impatient & could hardly be swayed by the deceitful narratives. The society they have envisaged is a far cry from the society that is now. Indeed, It is time to close this demeaning chapter in our history.

Motivated by our plight & with the considerable network & influence garnered thus far, I am convinced that, as MP for Asawase in 2021, my people will experience a dramatic change. It takes a passionate & enthusiastic person to overturn the undesirable conditions in Asawase.

I’m not looking to win the seat for its own sake, nor out of any affection for the back & forth of our national politics. My sight in this campaign are set on one thing only & that is, the chance to fundamentally change Asawase for the better.

Change is imperative if we are to avoid the impending failure. Let us join hands in progressive Union to pull each other from this situation. Together with my team, I will begin a community engagement with key stakeholders soon. This I believe, will bring back hope and confidence to Asawase constituents irrespective of religious, ethnic and party affiliation.”

A resolution by Regional Executive Committee signed by the Regional Secretary Sam Pyne which was arrived at on Monday, July 29, 2019, at the meeting barring candidate persons from contesting three others they imposed in the orphan constituencies at the party’s World Bank.

TABLE OF CONTENTS Display
1 Manaf Ibrahim Sacked As Presidential Staffer
1.1 Related Contents You May Like:

Manaf Ibrahim’s appointment as the Director of Political Affairs was terminated with no reasons known to the public but our sources show it was linked to the wrangling in the Asawase Constituency in the Ashanti Region. 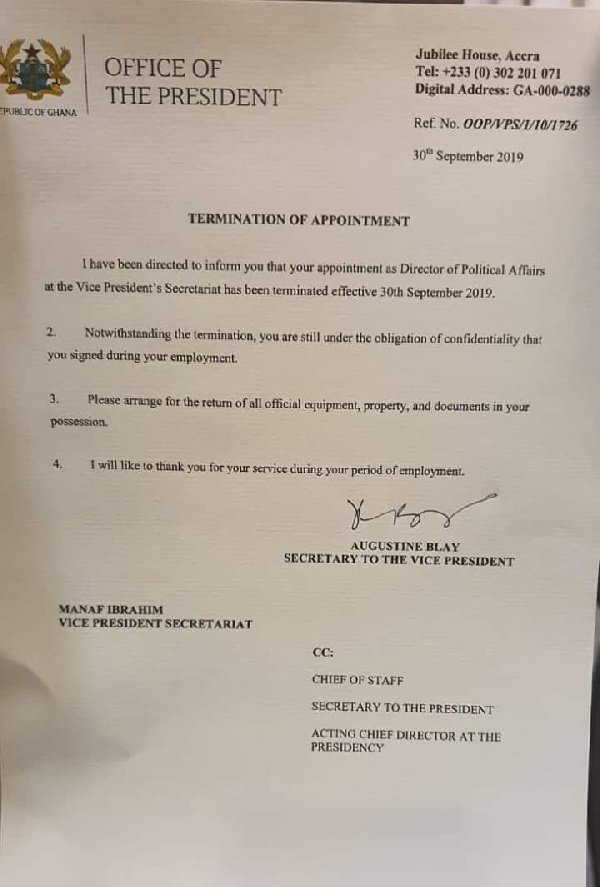