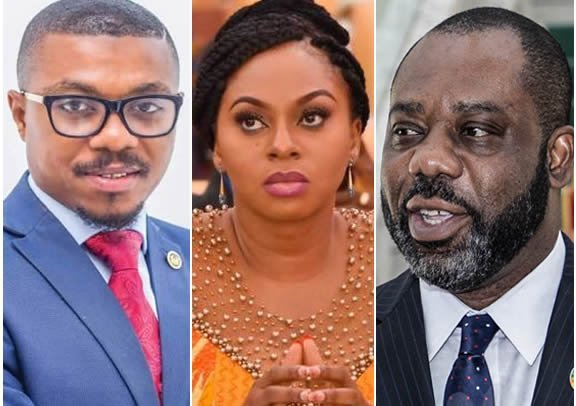 The Ghana Education Trust Fund (GETFund) has stated that the Minister for Education Mathew Opoku Prempeh, the Procurement Minister, Sarah Adwoa Safo and the Executive Secretary of the National Council for Curriculum and Assessment (NaCCA), Prince Hamidu Armah were not awarded scholarships under the current administration.

The three notable government appointees have been captured as scholarship beneficiaries in an audit report from the Auditor-General.

The Dome MP and procurement minister Adwoa Safo applied and obtained $12,800 in allowances with $17,004 in tuition fees to study at the Harvard Kennedy school.

The Executive Secretary of the National Council for Curriculum and Assessment (NaCCA), Prince Hamidu Armah also received £38,400 for living expense in addition to £33,000 for tuition fees, While Education minister Mathew Opoku Prempeh, who listed at number 38, received $12,800 for living expenses and $11,200 as tuition fees at security course at Harvard University.

But in a statement, GETFund said, “the aforementioned persons have not been awarded scholarships by the Fund under the current administration,” adding that its mandate was not limited to serving needy but brilliant students, in line with the GETFund Act 2000.

“The fund may, per its mandate, also provide support for other educational activities and programmes to serve strategic national interests.” 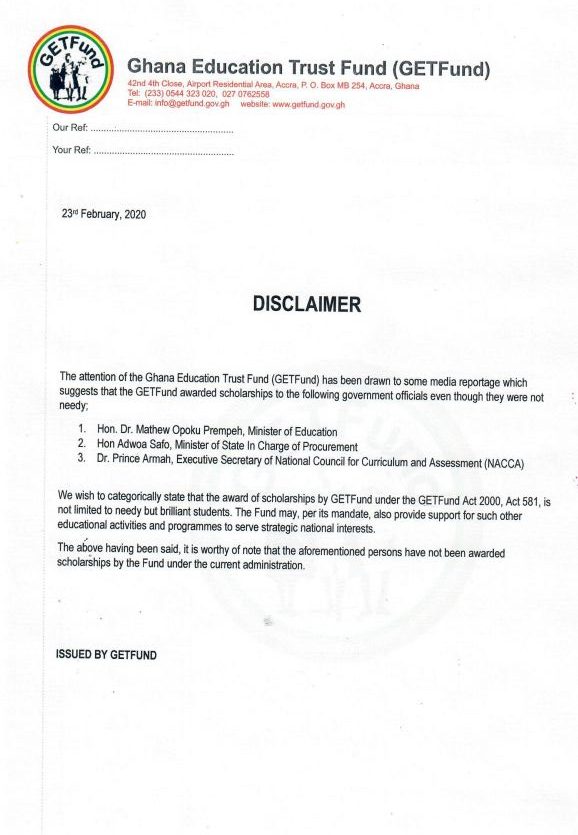