A new political force is emerging from the Ashanti region with the aim of wrestling power from the ruling New Patriotic Party (NPP) come the 2020 elections.

The founder and financier of the United Progressive Party (UPP), Akwasi Addai Odike who ditched his ambition for the presidency on the last minute and declared support for the NPP candidate, Nana Akufo Addo Dankwa Akufo-Addo in 2016 has yet again set his eyes on the top job, this time with a strategy that he says would take Ghana’s political atmosphere “by storm”.

The UPP leader on Tuesday, June 25, 2019 agreed an alliance with a senior political science lecturer at the Kwame Nkrumah University of Science and Technology (KNUST), Dr Kwasi Amakye Boateng to work together to annex the presidency in 2020.

The gentlemen’s agreement was reached when they both appeared as panelists on Kumasi-based Angel FM’s news analysis programme, dubbed Angel in the Morning.

The two gentlemen who have in recent times been coherent in their arguments and criticisms of the current government, vowed to “unseat it through superior ideas and sound economic alternatives”.

They would come into the fray with some political experience as both have in some times past, found themselves on the ballot papers in some competitive elections in the country.

In 1996, Dr Kwasi Amakye Boateng contested for Parliament on the ticket of the National Democratic Congress in Effiduase Asokore but lost to the NPP candidate.

He has since then not attempted any political office but has being a vociferous analyst and an avid critic of governments past and present.

He remains one of the most sought-after political commentators whose observations and predictions have been nothing but apt.

If the proposed alliance succeeds, this shall be the third time that Akwasi Addai Odike would attempt the presidency, after failing in 2012 and withdrawing his bid in 2016.

The UPP is yet to officially announce a candidate for the 2020 presidential election, but Odike and Amakye Boateng say they are poised for the task.

Odike described the NDC as the most “annoying political tradition in Ghana’s history”, when he was quizzed about his preparedness to battle with the largest opposition party; he also credited the country’s “economic woes” to the NDC, saying that party “does not deserve another minute in power again”.

Of the NPP, he said the reasons and expectations for which he ditched his own ambition to support it in 2016 have not been met; he asserted that most of the current government’s policies like One District One Factory, Rearing for Food and Jobs and other economic interventions being embarked upon “have been copied” from him.

After announcing their alliance, they were mobbed by a section of UPP supporters who had assembled at the forecourt of Angel FM, who cheered them on and assured them of their votes in 2020. 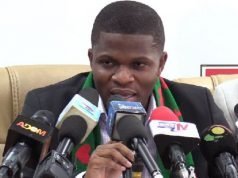 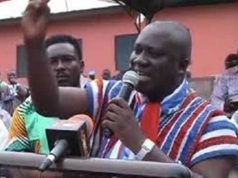 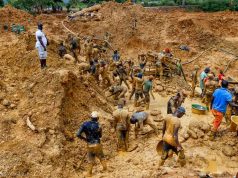 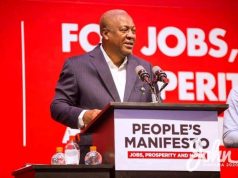 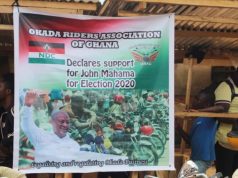 Riders Rally Behind Mahama With ‘Get Okada Votes’ Campaign 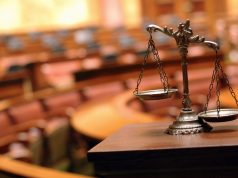