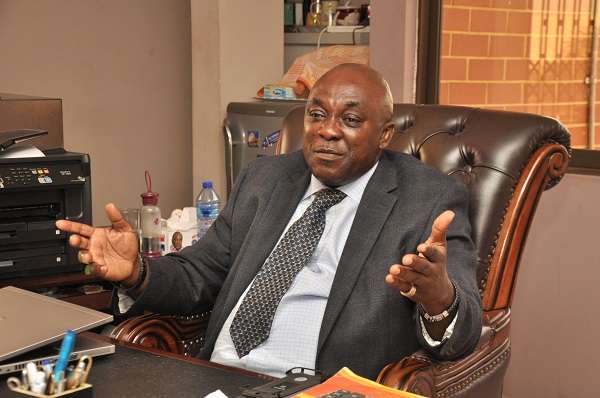 The deputy minister for Trade and Member of Parliament for Tema West Carlos Ahenkorah has resigned from his post. 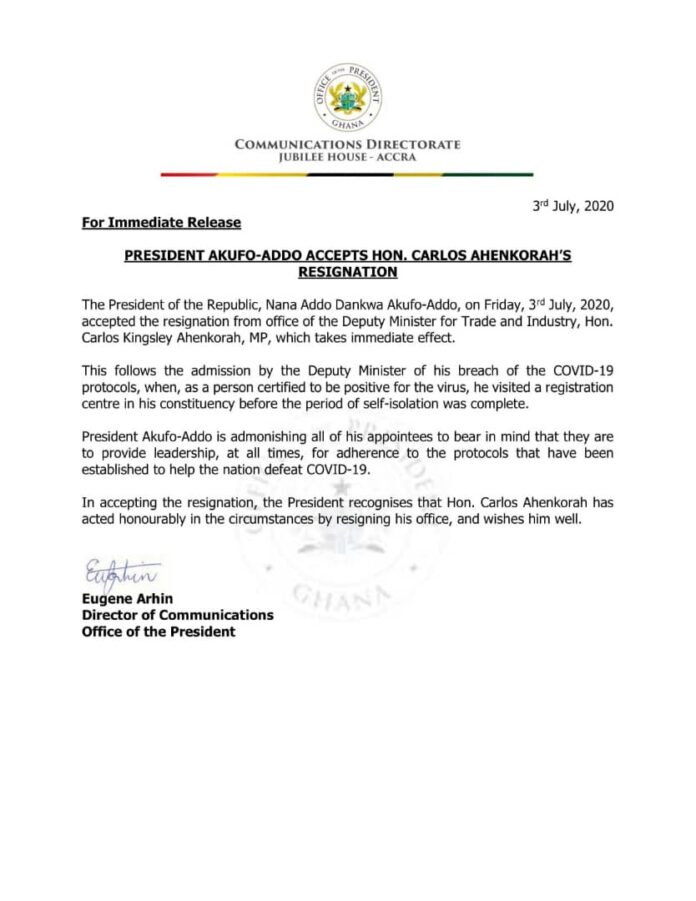 Carlos Ahenkorah was been given an ultimatum by the President to resign or be fired.

The ultimatum was given to him after the MP granted interviews to several radio stations in Accra confirming he visited registration centres despite his COVID-19 postive status.

According to Mr Ahenkorah, he was admitted at the Korle Bu Teaching Hospital on Thursday but was discharged on Friday morning after his condition improved.

Check This Out :  Covid-19: Bawumia Donates GHC500 To Each Fleeing Kayaye

He also confirmed that he was diagnosed of the deadly disease on 23 June and was asked self-isolate but he decided to visit several registration centres because he was asymptomatic.

Majority of Ghanaians had descended on the MP on social media describing the his behaviour as irresponsible and undermining the fight against the COVID-19 pandemic.

Starrfm.com.gh has, however, gathered as monitored by Successafrica.info that the MP moments after his embarrassing interview was asked to resign by the President.