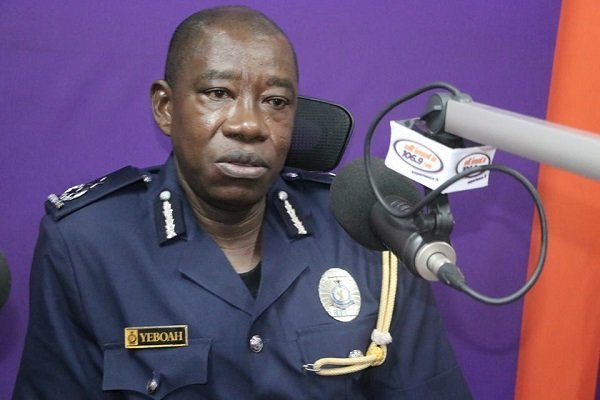 Head of the Criminal Investigations Department (CID) COP Ken Yeboah has disclosed that the Interpol red alert issued for Samuel Adam Fosters also known as Samuel Adam Mahama and three others over their role in the Airbus bribery scandal was mediated by his office.

He explained that the Office of the Special Prosecutor requested the CID to inform Interpol about an investigation they had begun into the matter and as such needed these four persons interdicted.

The Interpol is under the auspices of the CID, hence their involvement, he disclosed.

Mr Yeboah’s clarification comes after a member of the legal team of the opposition NDC Abraham Amaliba described as “ridiculous” and a “hoax”, the red alert issued since information was not published on the Interpol’s official website.

Speaking to sit-in host Lantam Papanko on the Morning Starr, COP Yeboah explained that “the office of the special prosecutor requested us to inform Interpol that they have begun some investigations and he needed these four people to prosecute. So, we forwarded it to Interpol headquarters and they replied us that they had gone through it and issued a red alert for the four. And so when it came we also forwarded it to the office of the special prosecutor because we are not the lead investigators.

“He is doing his work, so the CID was just a channel through which we forwarded everything to Interpol. Because Interpol is directly under the CID.”

Commenting on the unavailability of the alert details on Interpol’s website he indicated “so, as to whether its on their website or not I will not be in a position to answer that question. But I can assure everybody listening that to the best of my knowledge he forwarded everything to my office, my office forwarded everything to Interpol Lyon, and then Interpol Lyon replied with their pictures, the four of them.”

“As to their website, I don’t have any idea. But it is genuine. With the Interpol you cannot alter anything, so they can verify from Interpol Lyon if they are doubting it. But I can assure you it is genuine.”

The alert on the four according to the CID boss means that wherever they are, they will be arrested, detained, and then picked up by Ghana security officers.