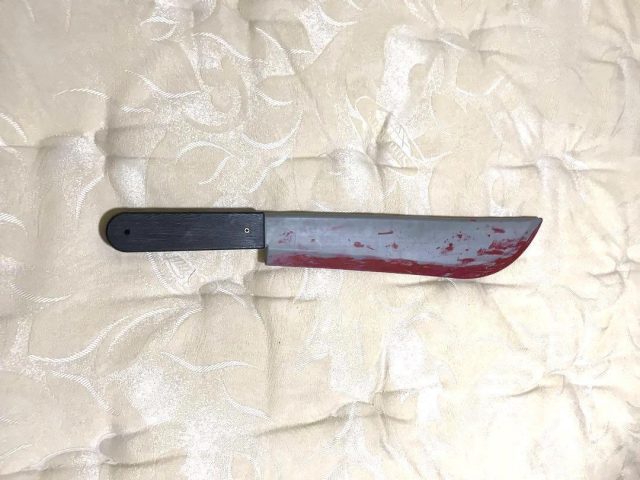 A 28-year-old cocoa farmer of Mile 5 in the Tarkwa-Nsuaem Municipality has allegedly butchered his wife to death.

The deceased, Regina Efe Incoom, 25, whose arms and hands were chopped off passed on at the Effia Nkwanta Regional Hospital.

The body has since been deposited at the same hospital’s morgue for preservation and autopsy.

Superintendent of Police Jonas Agbevam, Nsuaem District Police Commander who confirmed the incident said the suspect, Eric Arhin was married to the victim for eight years with two children.

He said the couple were natives of Gomoa Tarkwa in the Central Region and had lived in Mile 5 for five years.

According to the District Commander, the victim who was a cocoa farmer had been working tirelessly for years to take care of the home while the suspect looked unconcerned.

He said the victim became fed up with the husband’s behaviour and decided to seek for divorce so they could go their separate ways.

On Wednesday, June 3, 2020, at about 9 am hours, the victim packed her personal belongings and the suspect became provoked and went for his machete while they were in their cocoa farm and inflicted multiple cuts on her after which he fled from the scene.

Superintendent Agbevam said upon receiving the information, he gathered some officers and men but while proceeding to the crime scene they met a helpful witness transporting the victim in a tricycle to the hospital for treatment.

The police then rushed her to the Dixcove hospital for treatment but the medical officers on duty referred her to the Effia Nkwanta Regional Hospital.

He added, “We later sent the arms and hands that were cut off from the body to the hospital”.

He has, therefore, appealed to the general public to assist the police to apprehend the suspect.