In other parts of the world, religion is a really big deal. Where I come from, not so much, except for the issue of “ pastors” and their brouhaha, prophesies of only negativity, which they claim is God’s voice. I listened to one on radio one time and remember him vehemently enquiring from the radio host if what he said is live and has been recorded; “I was the first to make this prophecy ohh”. 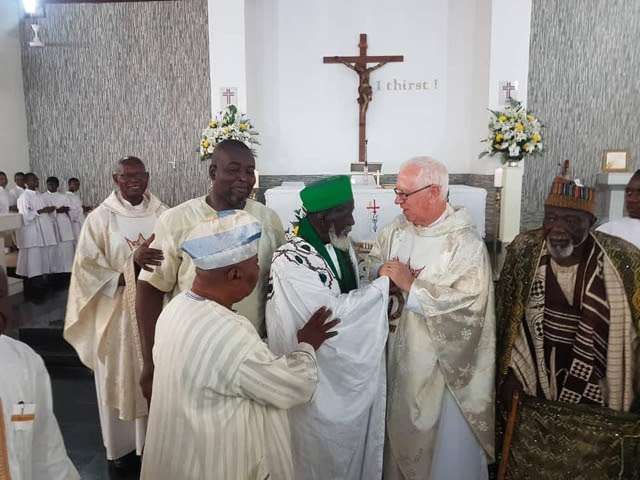 I still remember those Wednesdays of my primary school days where we gathered for worship service for about an hour before school lessons would take place. One of the priceless memories is the part of the worship service where we would all shout-sing the line of one very popular praise song that says “Jesus is the higher, higher X9, Jesus is the higher” just after mime-singing “satan is the lower, lower X9, satan is the lower”. The transition from the latter to the former was always a thunderous chorus from little mouths. If you don’t have this memory as a Ghanaian then you probably didn’t attend a typical Ghanaian public school. Your parents must have given you the best by taking you to an “international” school. 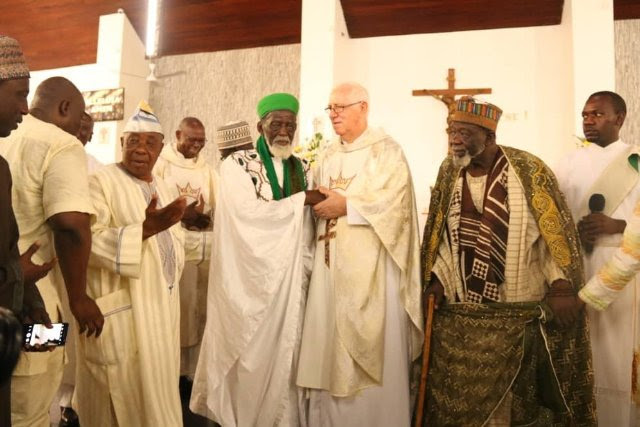 On Easter Sunday, His Eminence Sheik Dr. Osmanu Nuhu Shaributu paid a visit to Christ The King Parish in Accra. His gesture was ahead of his 100th birthday celebration. His action has received a lot of commendation from Ghanaians. It indeed speaks a lot of volume even though he did not go there to worship. “His visit of friendship”, a historic move has indeed shown great religious tolerance and proven what the Imam has always been; a symbol of peace. Even BBC did a piece about the visit. It is my hope that the narrative and stereotype against Islam as a religion of war and terrorism will change. 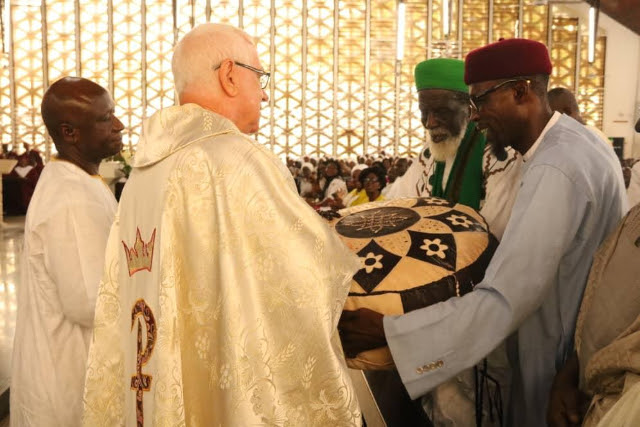 I remember seeing the chief imam once; he was in one of these diplomatic cars that always blow their horns for other cars to make way for them. Due to heavy traffic, his car could only afford to move slowly even after other cars gave way. Off course the car’s window was tinted but I strained my eye through the window of my trotro (mini bus) through that of his which was tinted and saw his silhouette. It was him all right.

Back in school when the Muslims hesitated to join worship in school which was mostly Christian dominated, they would be coaxed with the phrase, “we are all serving the same God“. I believed it until I got into a discussion with my history teacher in high school, and I admitted to him boldly and openly that I do not believe that we serve the same God anymore. My reason was and still is that my Jehovah tells me in His Word that his son, Jesus Christ is the only way to Him, the Father.
I recently glanced through other scripture reasons from both the Qur’an and Bible that proves my point but I don’t need those. “Jesus Christ is the only way” text is an “enough said” proof for me.

He didn’t go there to worship, he has cleared the doubt and claims raised by some Islamic scholars. It was a friendly visit aimed at sending a strong message of peace and reducing the stereotype threat Muslims face in society.

I am not a Christian writer. I am a writer who is a Christian. I am a follower of Christ first before I am a writer. And I also believe that the end is near. Give your life to Christ while you still can.

End SARS In Nigeria : What We Know So Far

The true test of a leader; An open letter to the KNUST SRC

OPEN LETTER TO THE DEAN OF STUDENTS BY STEPHANIE OFORI PREMPEH

Healing The Union : A Dream In Reality?

Set The Foundation Right: A Keynote to All Educational Stakeholders!

Successafrica.Info is powered by Success Africa Media Group, which seeks to give readers balanced and credible education-related content in Ghana and Abroad.
Contact us: info@successafrica.info