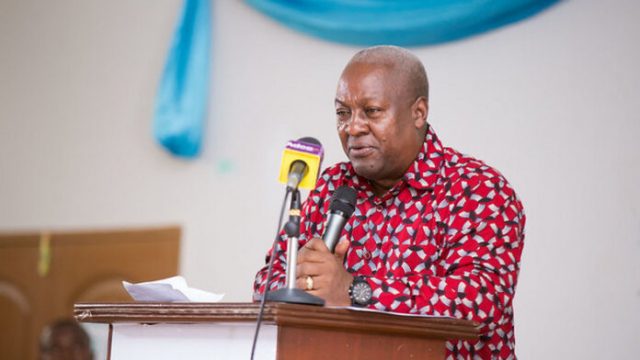 A group calling itself ‘Truth and Accountability Forum’ has served notice that it will proceed to court over the vote-buying and corruption allegations brought against former President John Mahama.

The NPP-affiliated group had earlier petitioned the Commission on Human Rights and Administrative Justice (CHRAJ) over the allegations but their petition was dismissed by the commission.

The group claimed that ahead of the National Democratic Congress (NDC) Presidential Primaries, the former President presented some 40 vehicles to the party, claiming further that this act impacted the results of the election, which he won.

They also requested that the Commission investigate the source of the funding for the 40 vehicles donated to the party.

But the Commission, in a 10-page report, dismissed the complainant’s petition, indicating that it was without merit.

Responding to the ruling on the Morning Starr on Tuesday, Convenor of the Group Saka Salia stated that they completely disagree with the ruling of CHRAJ.

According to him, they are in consultations with their lawyer adding that “there are several options available,” including going to court to seek redress.