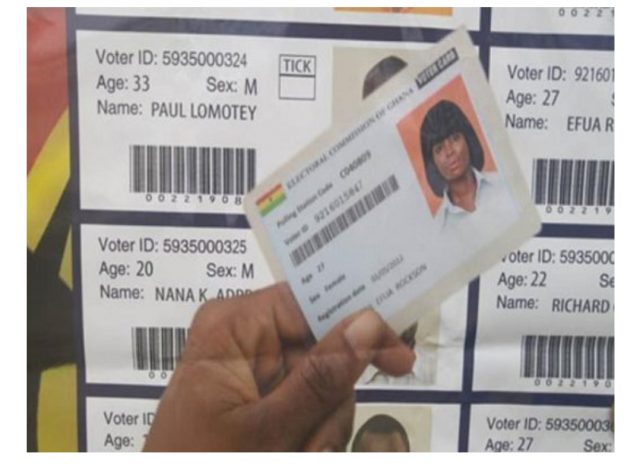 Ghana’s Electoral Commission has for the third time been sued for its decision to compile a new voters register.

This third writ unlike the previous two has been filed at an Accra High Court.

Ashaiman MP Ernest Nogbey wants the High court to rule that the EC does not have the mandate to compile a new register.

He also wants the court to rule that the current voters register until revoked by a law passed by parliament, is the only register that can be used for the conduct of the 2020 election. 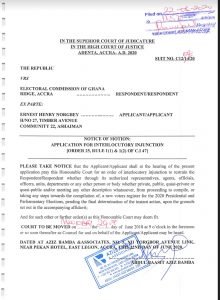 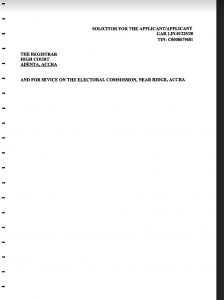 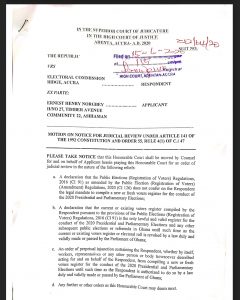 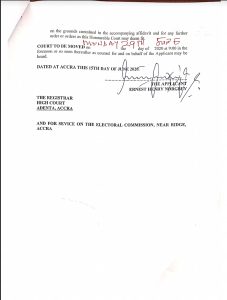 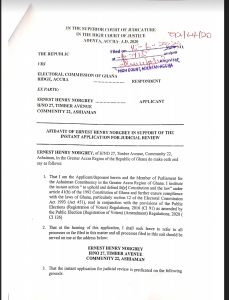 The two already pending cases against the EC raises similar issues the difference however is the forum and the redress that is being sort.

The NDC and a resident of Breman-Kokoso in the Asikuma-Odoben-Brakwa District of the Central Region, Mark Takyi-Banson are seeking that the Apex Court exercises it’s power of interpretation and enforcement to compel the Electoral Commission to not compile a new register, to allow the use of voters ID card and birth certificate if the court allows the EC to do so as proof of identification.

Mr Norgbey’s case is, however, an application for judicial review asking the High Court to restrain the EC from undertaking the exercise.

While the two earlier cases are slated to be heard by the Supreme court on Wednesday June 24, the new case filed by the legislator is due at the High Court on Monday June 29.