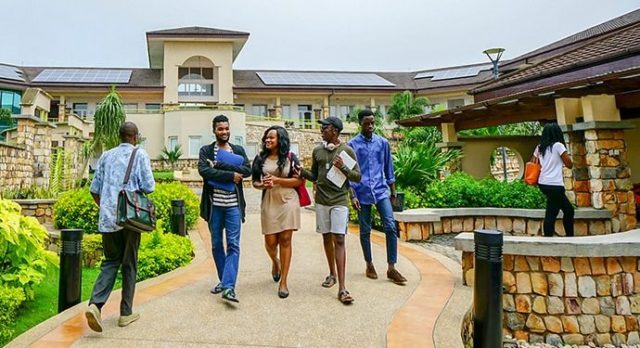 Ghana has witnessed an upswing in the education sector since the growth of more universities owned by institutions and organizations. One major relief it has brought is the decrease in pressure on public universities.

Apart from these numbers, there are others like vocational and technical universities and specialised institutions.

Devoid of this number of institutions we have in the country, there is always pressure on institutions. The countrie’s top universities; the Kwame Nkrumah University of Science and Technology, the University of Ghana and the University of Cape Coast can admit a little over 30,000 applicants out of hundreds of thousands applications they receive each year.

The introduction of the Government’s flagship programme; the free Senior High School program means more people have the opportunity to attend senior high school and the more we have a lot of Senior high school graduates, the higher the probability of having a competitive admission year in various schools.

What that means is that, when you graduate from any of these private universities, you will be awarded by the University’s affiliated to.

There are various requirements you have to meet to considered autonomous. Autonomous universities are the ones that have the legal grant to issue certificates in their school’s names. A typical example is Central University.

Even though it is still a private university, it has been granted permission after meeting the requirements to award its certificates.

The underlisted are the best private universities in Ghana to consider for admissison; 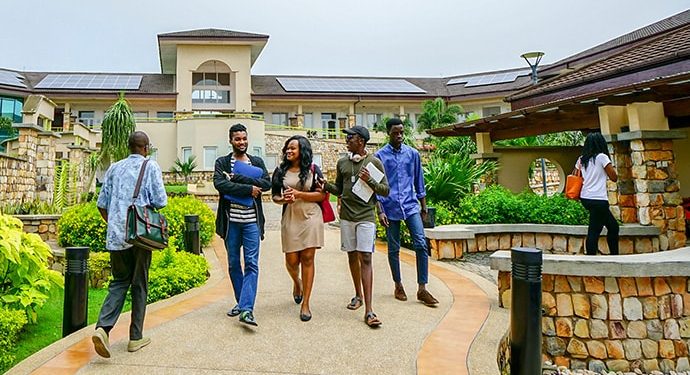 Ashesi University is the number one on our list of best private universities in Ghana. Ashesi’s mission is to propel an African renaissance by educating ethical, entrepreneurial leaders.

The Regent University College of Science and Technology (often referred to as Regent-Ghana) is located in Accra, Ghana. It was registered in September 2003, and received accreditation to operate as a tertiary institution in 2004. In January 2005 it started its lectures with 30 pioneer students at Trinity Campus, Mataheko.

Now, the University operates from its purpose built campus, located at McCarthy Hill, off the Mallam-Kasoa-Winneba Highway. It is recognized as one of the leading private science and technology Universities in Ghana.

In the 14th edition of the Webometrics Ranking of World Universities, Regent was ranked third best university in Ghana.

Valley View University was established in 1979 by the West African Union Mission of Seventh-day Adventists.
In 1997 it was absorbed into the Adventist University system operated by the West Central Africa Division (WAD) now West Central African Division of Seventh-day Adventist with headquarters in Abidjan, Cote d’Ivoire.
The Ghana Union Conference of Seventh-day Adventists, (organized in 2000), serves as the local manager of the University.
The University was initially called the Adventist Missionary College (AMC) and was located at Bekwai-Ashanti.  It was transferred to Adenta near Accra in 1983 where it operated in rented facilities until it was relocated to its present site near Oyibi (kilometre 31 on the Accra-Dodowa Road) in 1989.  It was renamed Valley View College.

Central University is an educational Initiative of the International Central Gospel Church (ICGC).

It has its origins in a short-term Pastoral training institute, which was started in October 1988 by ICGC. It was later incorporated, in June 1991 under the name, Central Bible College. In 1993, the name was changed again to Central Christian College.

To reflect its new status as a liberal arts tertiary institution, the university was re-christened Central University College in 1998. The National Accreditation Board has since accredited it as a tertiary Institution. It is co-educational with equal access for male and female enrolment 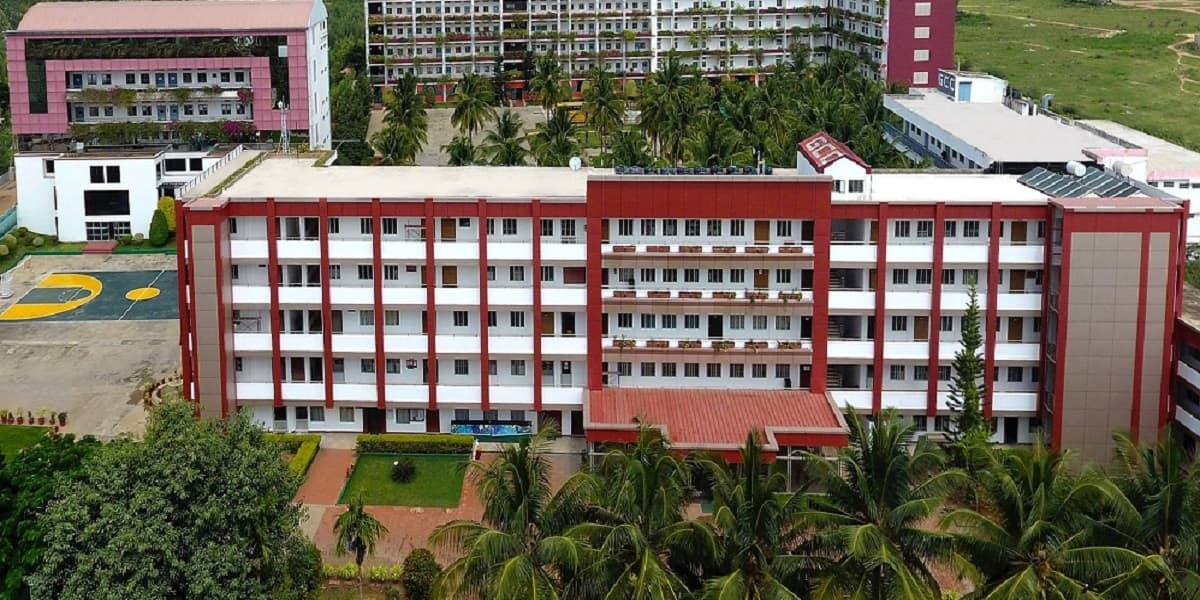 Garden City University College is also one of the top private universities in Ghana. It was established as the College of Information Technology and Management Systems (CITMAS) in 2001. The College commenced operation in October 2002 with four main programmes:

In January 2004, the Board of Directors voted to convert the College into a University College. This was done to broaden the scope of the College and utilize the vast resources and facilities that had been assembled.

It was officially accredited under the name Garden City University College, Kenyase-Kumasi by the National Accreditation Board in July 2005 to run degree and diploma programmes. 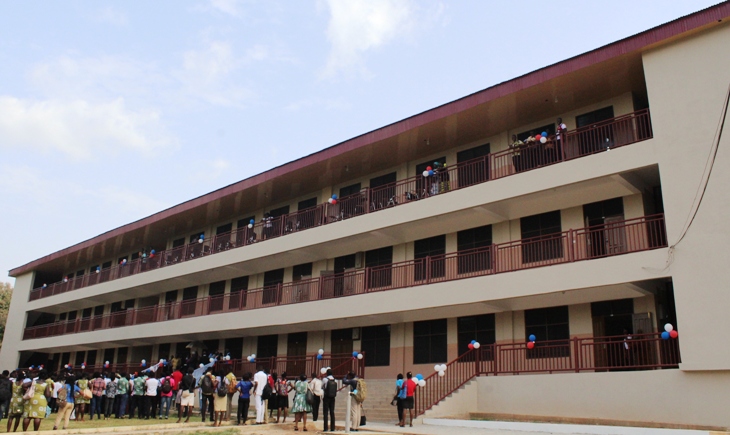 According to the church history, in 1843, the Presbyterian Church of Ghana established the first primary school in the country. This sparked off a series of bold, visionary and pioneering initiatives in the development of education in the country.

Since those early beginnings, the Presbyterian Church of Ghana has established and managed, in partnership with the Government of Ghana , hundreds of primary schools, many high schools and colleges of education.

These schools and colleges, guided by the proverbial Presbyterian discipline, set very high moral as well as educational standards, which have characterized the Presbyterian Education tradition.

Also in partnership with government, the church has provided and managed Professional, Technical and Vocational Institutions in a wide range of fields including Agriculture and Health.

All Nations University College (ANUC) is a private Christian institution of higher learning situated in Koforidua, the capital of Eastern Region of the Republic of Ghana. Home to over 3500 students and set on a stunning 1000-acre land in the outskirts of Koforidua, Eastern Region, ANUC generated an explosion in development across our community through consistent innovation, dedication to improvement and swift problem-solving abilities. 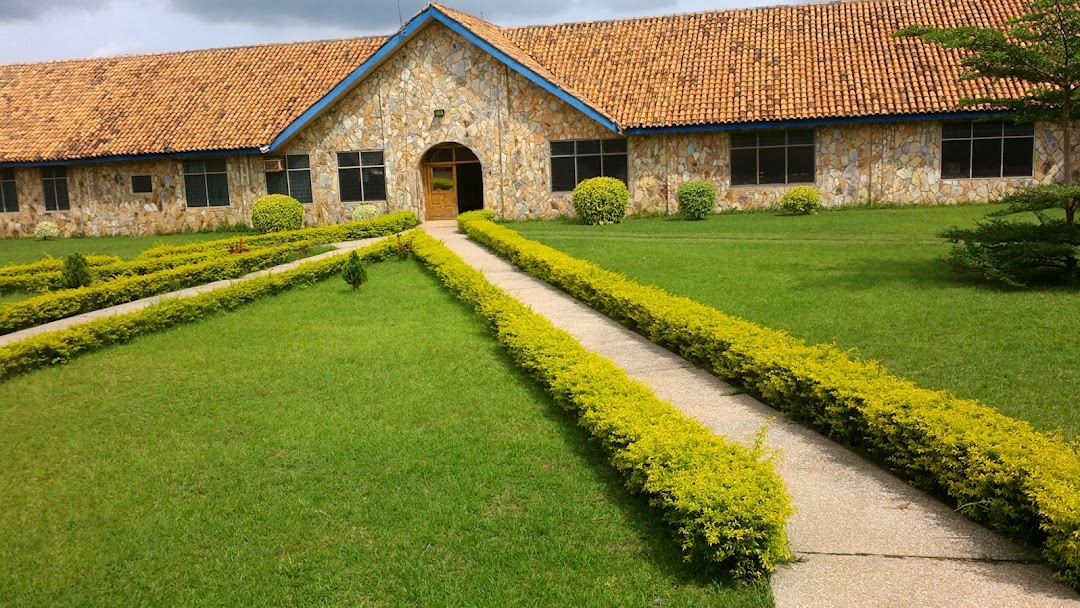 Christian Service University College is devoted to excellence in teaching, learning and research and to developing leaders in many disciplines who make a difference globally.

The University, which is based in the Ashanti Region of Ghana, Kumasi, has graduated  over 6,500 degree candidates, including undergraduate, graduate, and professional students.

To be a University of choice, where Jesus is Lord and people are empowered to impact the world.

To promote knowledge for the training of men and women in Christian values and principles, academic and professional excellence for the transformation of society

The Pentecost University is a private university located at Sowutuom in the Greater Accra Region of Ghana. It was founded by The Church of Pentecost (COP) and evolved from The Pentecost Bible College which initially trained only Lay Leaders and full-time Ministers for the COP.

On May 22, 2003, His Excellency J. A. Kufuor, the former President of Ghana, inaugurated PUC at the Sowutuom campus.

The first PUC Council was inducted on May 6, 2004. Pentvars was accredited by the National Accreditation Board (NAB), Ghana in November 2004 and awarded its Presidential Charter on May 28, 2020 by His Excellency Nana Addo Dankwa Akufo-Addo, the President of the Republic of Ghana. 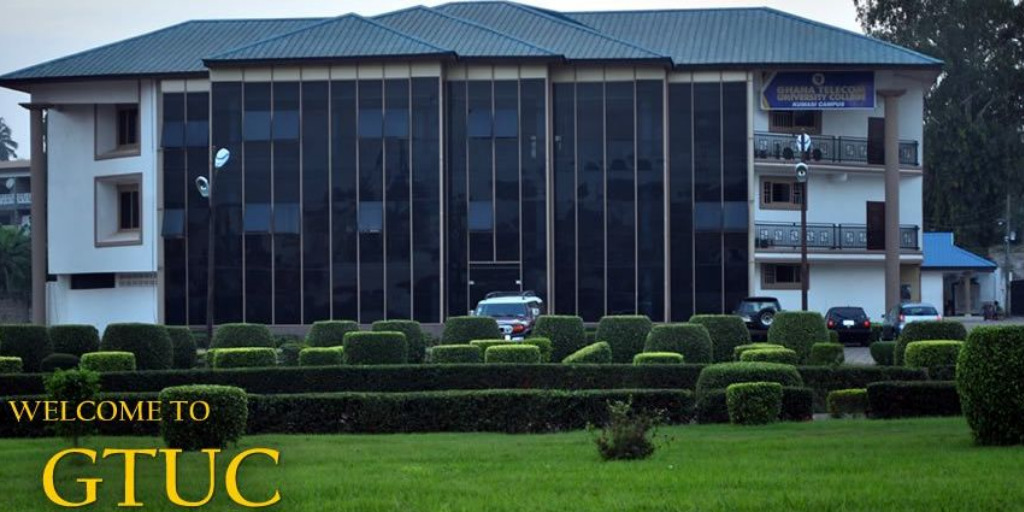 Ghana Communication Technology University (GCTU) is a technology-oriented institution of higher learning, committed to providing an educational experience of the highest quality.

Established in November 2005, GCTU was granted accreditation by the National Accreditation Board (NAB) on March 30, 2006, and officially inaugurated on August 15, 2006, gaining full public University status on 13th August 2020.

Through these partnerships, the University has placed an increasingly fervent emphasis on the concept of Transnational education, a model which has delivered a host of benefits for students, faculty and the institution as a whole.

The above are the list of best private universities in Ghana. This list will be updated as and when we have new schools performing well.

You are the reason we write content like this. You can suppport our work by sharing this article with your friends on various social media platforms. 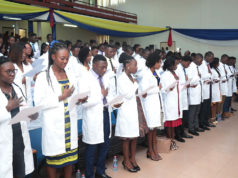