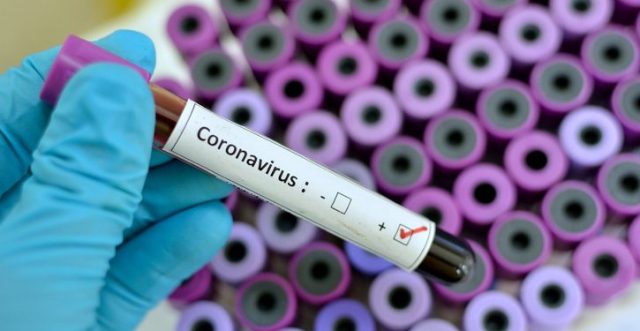 Ghana has recorded five cases more of the deadly COVID-19 disease bringing the total number of cases to 16.

The Ghana Health Service in an update said all five were reported from Greater Accra region.

The first is a 29-year-old Ghanaian lady resident of Accra with no history of travel. Sample taken from her confirmed positive in the laboratory.

The second is a 34-year-old Ghanaian lady resident of Accra who had contact of a confirmed case at her place of work.

Also, a 53-year-old Ghanaian male, resident of Tema with no history of travel, no evidence of close contact with a confirmed case. Samples confirmed positive in the laboratory.

A 41-year-old Ghanaian male who arrived in Ghana by KLM on the 15 March 2020; indicated exposure with family members in Amsterdam exhibiting respiratory symptoms and also on the flight with some passengers sneezing and coughing.

The fifth person is a 36-year-old Ghanaian male resident of Paris, France; date of arrival in Ghana unconfirmed with no evidence of contact with an infected person.

This brings to a total of sixteen (16) confirmed cases in Ghana, with no death.

The coronavirus pandemic has now infected more than 246,777 people around the globe after doubling in less than two weeks.

Between the start of the outbreak in December and March 7, there were 100,000 confirmed cases recorded.

But another 100,000 people have been infected in just 11 days since then, largely due to a surge in cases in Europe. Over 10, 000 people have so far died from the deadly virus.

China, Italy, Iran, Spain and Germany have suffered the highest number of infections.

The current death toll suggests 4 per cent of patients who catch the virus die from it.

But experts say the death rate is probably lower than that because the true number of infections is much higher is far greater because some countries, including the UK, are only testing people hospitalised by the illness.