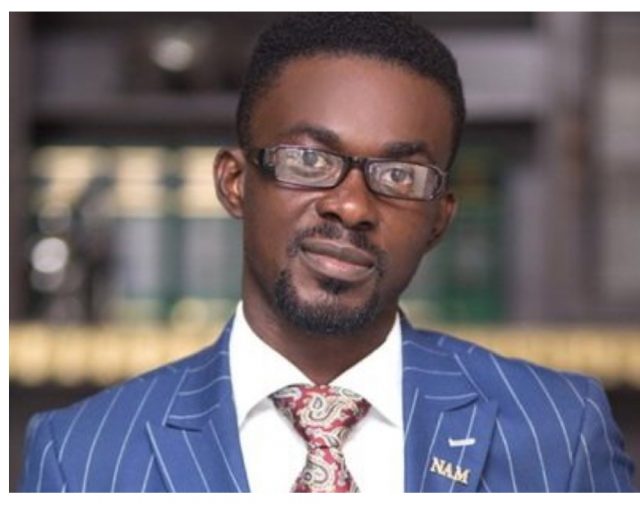 A lavish artiste signing ceremony held in Accra over the weekend has sparked fresh calls for the CEO of defunct gold dealership firm, Menzgold, Nana Appiah Mensah, popularly known as NAM1 to be arrested.

The Coalition of Aggrieved Customers of Menzgold (CACM) who wonder how the man who has failed to pay them since their investments were locked up when the company collapsed years ago, is still throwing money around.

They not only want him arrested immediately, they also want all his properties confiscated.

Speaking at a press conference on Monday from where JoyNews’ Maame Esi Thompson reports, Secretary of CACM, Samuel Odartey said the customers are incensed by the development.

He said “we are very much appalled by the bravado and the open disregard for the laws of the land seeing as NAM1 a man who has been slapped with 61 criminal charges including money laundering is still signing financial contracts and being escorted by macho men.

Check This Out :  Allotey Jacobs Unfazed By NDC Suspension

“If, indeed our laws are working, which we believe they are then we call on His excellency the president to order the office of national security to cause the arrest of NAM1 immediately without delay,” he added.

The customers are surprised that the artiste signing ceremony was organised with grandeur, pump and pageantry and in the full glare of our state authorities.

Mr Odartey claims not less than 55 of CACM members have lost their lives due to the hardships they and their families have had to endure since their monies were locked up.

“It is not surprising that NAM1, the father of Menzgold, Brew Marketing Consult, Payboy, Ivex Minerals, Metallica Refinery and 5G Gold have got enough money to spare and sign on artistes and go on a free-for-all spending while victims of Menzgold customers continue to die, suffer stroke and heart attacks and deaths as well as have their lives shattered just as a result of investing in Menzgold.”

The customers want their funds paid to them without delay, and that “Menzgold customers’ plight should be treated as a national security issue to avert more deaths among the customers.”

Mr Odartey described claims by NAM1 that the company has paid some ¢9.6 million to customers whose monies were locked up in his firm as false.

As the Economic and Organised Crimes Office (EOCO) has through a court order frozen the assets of NAM1, “where did NAM1 get the money to pay ¢9.6 million and how was the payment done,” he questioned.