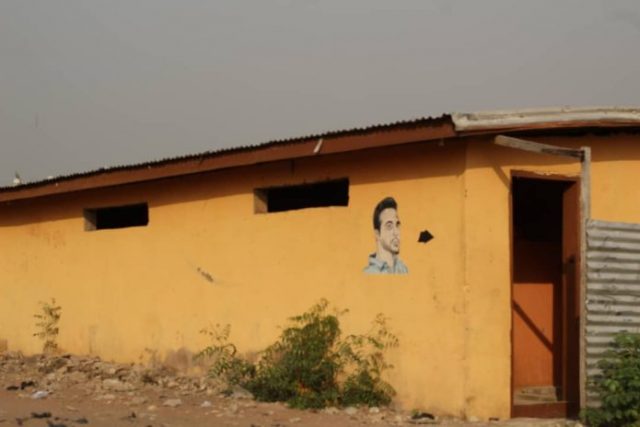 Residents of Ekye-Amanfrom in the Afram Plains South District of the Eastern Region have abandoned a KVIP public Toilet Facility recently built for the community by an NGO, over Gh30p charge.

Many of the residents defecate in the open particularly along the shores of the Afram River which is also a source of drinking water for the inhabitants.

To tackle the menace, the Unit Committee members in the community constituted a taskforce to Police the environment by patrolling to arrest perpetrators fined Ghc50 each. But the operations of the task force could not be sustained due to lack of motivation and apathy.

The immediate Past Assembly Member, Akubuor Salasie blamed the situation on ignorance on the part of the inhabitants considering the repercussion of open defecation.

“The toilet is there, they don’t patronize it. Though I will say that the toilet is not all-sufficient for the community. But as the people have abandoned this toilet and ease themselves around I think it is not the best. They ease themselves in the bush and the riverside. It is ignorance ”

The Secretary to the Unit Committee, Charles Sebi, said series of stakeholders engagements and Public education on the need to patronize the toilet facility have not yielded results.

“We call our people, we organize meetings with the elders then we educate them. The Sanitation people use to educate the whole town then tell us the need to patronize this facility so that they don’t defecate in the bush, but still, people are not trying to cooperate . They still enter the bush, defecate at open places especially along the river shores which is very very bad”.

A resident prefered to be called Maku, told Starr News the Ghc30p charge is expensive for her and her five other teenage children in the house.

“They say Ghc30p per adult so me, for instance, I have five children so it means I have to spend Ghc1.50 in the morning, same in the evening. And if one gets running stomach it means I will spend more but this is a fishing community we don’t have money. For the bush it is free the water will carry it away for the fishes to eat.”

The abandoned toilet facility is, however, being patronized by passengers ferried across the Afram River by the Ferry boat run by the Volta Lake transport due to shut down of the toilet facility at the Passengers Terminal yet to be dislodged three years after being full.

Open defecation continues to plaque most communities across Ghana.

It is estimated that five million Ghanaians engage in the act daily.

The Sustainable Development Goal six(6) enjoins Countries to ensure availability and sustainable management of Water and Sanitation for all by 2030.

Ghana’s efforts and interventions towards achieving this goal have been undermined by inadequate finance, Socio-cultural believes and attitudes.