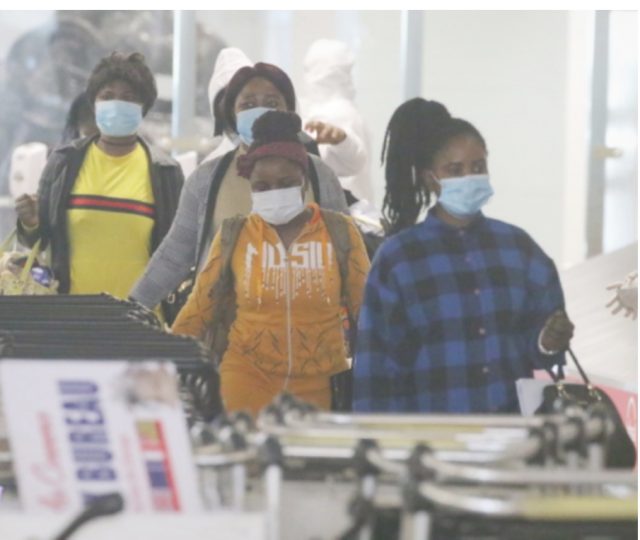 All the 245 Ghanaians evacuated from Kuwait have tested negative for the coronavirus, Director for Media and Communication for operation Covid Safety, Osei Bonsu Dickson has said.

This should calm the nerves of some Ghanaians who worried that by allowing them into the country, Ghana could record more cases of the disease.

But Mr Dickson who is also the Chief legal advisor at the National Security Council Secretariat told JoyNews’ Latif Iddris at the Kotoka International Airport that all 263 of them were tested and they are negative.

“They needed to be taken through serological test, and that took place in Kuwait and all of them tested negative.

“The danger of bringing them in is a much reduced one because of the prior information that we have the tests that were taken today,” he added.

The 245 Ghanaians according to Mr Dickson applied to be evacuated from Kuwait.

They are the first batch of citizens resident abroad who have applied to be brought back home following the outbreak of the coronavirus pandemic.

They arrived via a special chattered flight at the cost of the Kuwaiti government.

Latiff who was at the Kotoka International Airport reports that although they have tested negative for the virus, personnel of the Ghana Health Service who are part of the joint task force overseeing the deportation process are screening and testing them for the virus even before they are taken to the various quarantine centers where they are expected to stay for 14 days.

The returnees who appeared excited to be back home, were full of joy and cheered each time representatives including the Aviation Minister, Kofi Adda took turns to address them.

Mr Adda assured the returnees of government’s commitment to their welfare, part of the reason charges for their mandatory quarantine have been absorbed by the state.

There are some three thousand Ghanaians in foreign lands who have also applied to be evacuated back to Ghana, and that according to Mr. Dickson, will take place in the not distant future.

On board the flight were nationals of neighboring Togo, also returnees from the gulf nation who have since been airlifted to their home country.