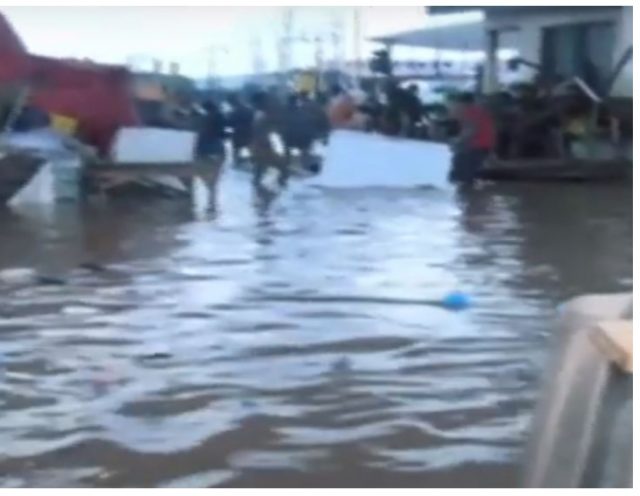 Some parts of Accra have been flooded following Tuesday morning’s rains.

The downpour, which lasted for hours, has left many people around the Kwame Nkrumah Circle Interchange and adjoining communities displaced.

Meanwhile, a military team is moving to the areas with speed boats to help rescue some of the residents in homes filled with floodwater.

Vehicular traffic has also been blocked along the Kwame Nkrumah Circle Interchange and other link roads.

Some Achimota residents displaced by floodwaters

In Achimota, many residents have been left stranded, with rubble washed onto the street.

Some of them have left their homes to seek refuge under the Achimota overpass. 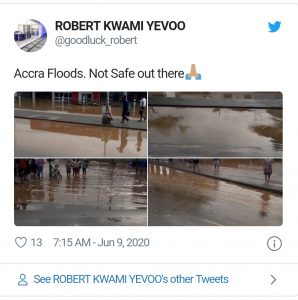 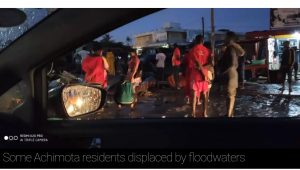